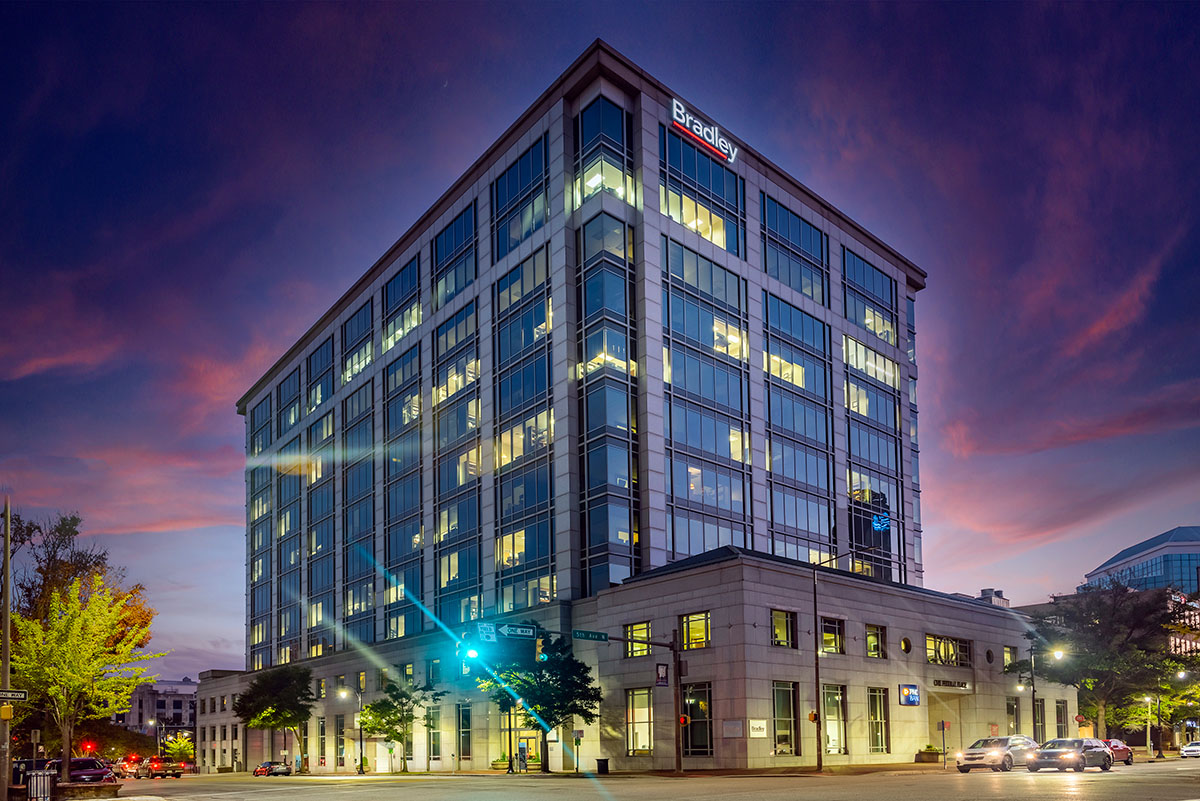 BIRMINGHAM, AL – MAY 27, 2021 – Glenfield Capital acquired One Federal Place in the heart of downtown Birmingham for $67 million as it prepares to launch a new equity fund targeting highly leased best in class office buildings in the Southeast and Midwest.

One Federal Place is an 11-story building with 300,041 rentable square feet and a distinct facade of tinted glass and gray granite. The building was constructed in 2002, making it one of the most recently delivered Class A office buildings in Birmingham. It is widely considered Birmingham’s best overall building.

The building is 97% leased, with a weighted average remaining lease term of 12 years. More than two-thirds of the building is leased to law firm Bradley Arant Boult Cummings LLP, whose presence in downtown Birmingham dates back a century and a half. The other tenants include the Butler Snow LLP law firm and PNC Bank parent PNC Financial Services Group Inc.

One Federal Place will be warehoused until the fund launches later this year. The seller was Gemini Rosemont, which owned the building for over a decade. Colliers International has been awarded management of the asset, and leasing is by Cushman & Wakefield/EGS.

“One Federal Place is the highest quality office property in Birmingham, and with long-term leases in place with good credit tenants it’s an excellent fit for the Glenfield Stabilized Income fund that will begin this fall,” said Andrew O’Brien, Principal and Head of Investments at Glenfield Capital.

Glenfield Capital is actively considering additional assets for purchase for the Glenfield Stabilized Income Fund, which will have $150 million in equity targeting core plus office assets that have long weighted average lease terms.