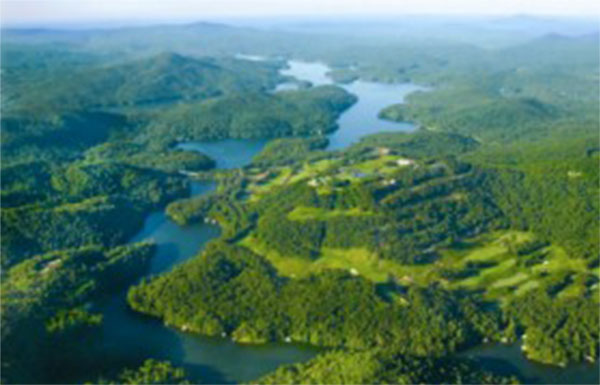 By thinking WAY outside the box before, during and after the deal, we developed and executed a multi-pronged strategy to take Waterfall at Lake Burton from the very, very red to the black in one year.

Waterfall at Lake Burton is a beautiful, prestigious golf community with a not-so-beautiful track record when it came to solvency.  The original developer filed for bankruptcy in 2009.  The project was acquired in 2010 by a well-capitalized, high profile investor, yet continued to struggle eventually falling into receivership in 2012.

The bank marketed the loan and struggled to secure a purchaser.  Part of the challenge was that the one loan included all the collateral – residential lots, the golf course, lodge, athletic club and a water/sewer plant– and most investors were not interested in acquiring all of the assets.

But we had a vision.  More importantly, we had a plan; a real, concrete, well-thought-out, creative, strategic plan.

Glenfield Capital purchased the nonperforming loan in December 2012 and navigated through the foreclosure process.  Then, we separated the assets into four distinct elements.